It was back in 2003 when new tenants moved into the industrial buildings that formerly housed the Gruber brewery in Wiltz: the Centre socioculturel régional Prabbeli was opened. The Prabbeli cultural centre is part of a long tradition of cultural diversity: Wiltz is an old industrial town, and jobseekers both from Luxembourg and from abroad have been coming here for many decades. It is a place with a long history, and a place full of stories.

For some years now Wiltz has had to face the challenges brought about by the massive structural changes in industry and business. Creative and innovative initiatives are needed, and the project Prabbeli at Gruberbeerig, realized by the municipality of Wiltz, is an outstanding example. The award-winning building houses a gallery, a cinema, offices, a café and a restaurant. The name Prabbeli (the Luxembourgish word for “umbrella”) does not only refer to the spectacular tented roof structure spanning the cafe’s courtyard, but is also symbolic of the aim to attract a broad audience from amongst the inhabitants of the region by providing a varied and ambitious cultural and education programme. The Prabbeli also stands for cultural diversity, and contributes to the attractiveness of the region as a place to live. Since it first opened in 2003, the Prabbeli has always had the ambition to be a socio-cultural centre for as many people as possible, with a particular focus on providing cultural events for different communities.

The operator of the Prabbeli, COOPERATIONS, was one of the founding members of Réseau, a network of decentralized regional cultural institutions in Luxembourg established in 2008. One of meanwhile nine decentralized cultural centres across the country, the Prabbeli offers a programme characterized by its heterogeneity and based on a strictly quality-oriented approach. It covers a variety of different genres, including concerts, readings, theatre, comedy, dance performances, exhibitions, talks, symposiums, artists’ residencies, workshops, studios, etc.

In 2017 the Prabbeli acquired an additional venue: the neighbouring Brandbau, a former fire station transformed into a state-of-the-art event location. The new stage perfectly complements the original premises of the centre, also in the light of the Prabbeli’s ambition as a cultural operator to realize events and productions that attract a broad and varied audience. The Brandbau is the ideal location for events that require a more intimate setting, and may well make the Prabbeli the new favourite meeting place in the region. Whenever arts and culture are combined with proximity and approachability you will probably find a socio-cultural idea behind it...

The Prabbeli is operated by COOPERATIONS, a well-established socio-cultural non-profit organization in Wiltz whose activities focus on participation and on creating opportunities for people and places to realize their true potential. 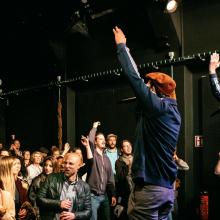 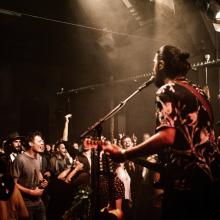 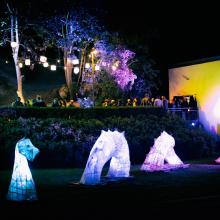 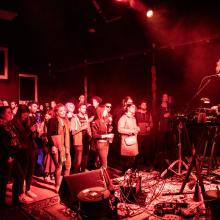